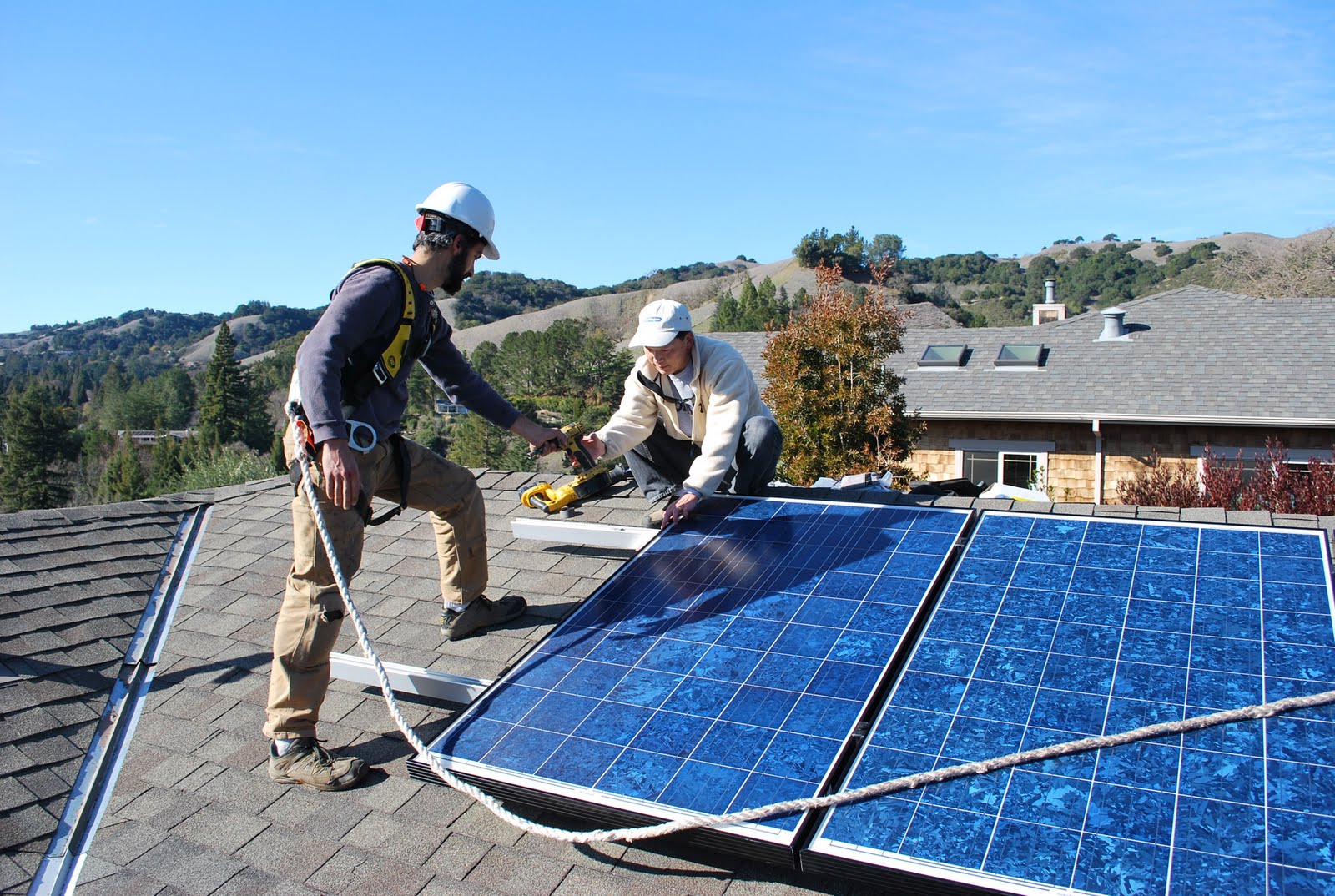 Walking the Talk: How One Climate Spokesperson Electrified His Home in Just 45 Days

The Spotlight Series highlights a Switch Is On partner, program, or ambassador who is building a clean, electrified community.

Switch Is On ambassador Wei-Tai Kwok is clear in his belief that climate action is a movement of everyday people.

Wei-Tai had a career in advertising until he watched the film An Inconvenient Truth. That’s when he realized that national political leaders in the U.S. weren’t doing enough to combat the climate crisis. He decided that he had to get involved, and has been committed to environmental action ever since.

Wei-Tai initially thought that the only meaningful change he could make regarding his home was to install 15 solar panels on his roof, which he did. But after working in the energy industry for 10 years he began to learn about building decarbonization. Once he realized that electrification is an essential aspect of making our homes more climate-friendly, he decided to take immediate action.

Here’s how Wei-Tai electrified his entire home in just 45 days.

While decarbonizing your entire home can seem challenging, breaking it into steps makes it much more manageable. Wei-Tai began by finding multidisciplinary contractor Eco Performance Builders that could help make any necessary HVAC, plumbing, and energy efficiency upgrades (There are many other recommended California home electrification contractors as well).

Usually, a contractor will perform an energy analysis to see what changes will be most effective for your home. Based on Wei-Tai’s audit, he replaced his water heater and HVAC, in addition to making simple energy efficiency upgrades (see steps 3-6).

Though Wei-Tai’s solar panels account for 60% of his annual load, he still needs to purchase 40% of his energy from the grid. He decided to upgrade to the 100% clean energy plan from a community choice energy provider in his area, Switch Is On partner MCE Clean Energy, which purchases its Deep Green 100% renewable energy from 50% solar and 50% wind sources. Similar programs in other areas can also provide residents with clean energy options from the grid.

Since water heaters account for 20-25% of a home’s carbon footprint, Wei-Tai’s top recommendation for home decarbonization is to proactively change the water heater before it fails. Water heaters usually have a lifespan of 10-15 years, after which they start rusting and can leak. When this happens, homeowners often panic and buy the same gas unit to stop the leakage, often without considering new options. If your current gas unit is at least a few years old (most have a sticker on the side with their manufacturing date), Wei-Tai recommends proactively switching to an electric heat pump today.

Now is also the perfect time for a replacement because hot water heater rebates are widely available in many places (you can check your area’s rebates here). They’re also fairly straightforward for a contractor to install, making them a user-friendly first step in the electrification process. Wei-Tai has been very happy with his hot water heater’s performance for his family.

After his water heater installation, Wei-Tai replaced his old furnace and HVAC system with a heat pump split-system that provides both AC and heating. For homes formerly without A/C who may now need it in areas whose temperatures are steadily rising due to climate change, this serves as a double-win. Today, each room has its own temperature remote control, allowing each occupant to set their perfect level of comfort.

Thousands of dollars in rebates are available for heat pumps, which can make purchasing one a more affordable option. Learn more about rebates here.

Switching from a gas to an electric stove isn’t just safer for the planet – it’s also healthier for you and your family. As Wei-Tai says, “I don’t turn on my car in my garage to burn gasoline like that, but since indoor stoves aren’t EPA-regulated, we’re doing the same thing right in our kitchens.”

The EPA currently only regulates outside air pollution levels. Wei-Tai noted that if indoor air pollution were regulated, most California homes with gas stoves would not be in compliance due to drastically reduced indoor air quality. Wei-Tai replaced his gas stove with an induction cooktop, which releases no indoor emissions.

How’s the food? According to Wei-Tai, great! “We’re Chinese American, so we do a lot of Asian stir fry cooking,” he says. “A lot of cooking is done on a wok using gas stoves in restaurants and in Asia, so I was worried if we could still do stir fry. We called a Chinese friend with an induction electric stove before proceeding, and she reassured us. She was right – it took some practice, but our stir-fries are just as delicious as ever!”

Wei-Tai’s final changes included replacing his gas fireplace with an electric log set, which he installed himself. Since fireplace showrooms don’t always have the best electric options on display, he recommends looking online. “There are very advanced electric fireplaces out there,” he notes. “For example, the LED lighting is amazing. You can change the lighting to any color — purple, orange, green — and add music as well.”

Wei-Tai’s contractor also upgraded the insulation in his attic to reduce any wasted energy.

45 days after beginning his journey, the Kwok family residence became a zero-emissions home. Wei-Tai pointed out that owners of older, less energy-efficient homes can save money in the long run by installing more efficient and sustainable products now.

How Else Can One Be a Climate Champion?

From his experience in the advertising business for 17 years, Wei-Tai learned an important lesson: “If you don’t make noise, people aren’t going to notice you.” When it comes to stopping climate change, Kwok says the same idea is true.

“That’s why it’s so important to use our voice on electrification and speak truth to power,” he says. “Because of so many grassroots efforts, people are becoming more aware of the need for climate action than ever before. We’re at the turning point and have done remarkably well, but we need to speak up and use our voices to press our business and political leaders to move faster.”

Like others facing a global pandemic, Wei-Tai sought out a new hobby too: he figured that it was time to create change in his own town of Lafayette and joined its city council in 2021.

Wei-Tai explained that focusing on local city politics is a very effective way to get involved in real change. “When we talk to policy makers, we shouldn’t just call President Biden and Congress. It’s kind of gridlocked there, but you can put pressure on your local representatives. For example, I sit on a 5 person council, so to get change you only need 3 votes!”

Wei-Tai recommends joining city meetings, where any community member has a chance to speak on a podium for three minutes, to tell the board why you care about the climate crisis and support clean energy, electric cars, and other climate-friendly initiatives. Taking his own advice, he’s given over 100 presentations to upwards of 10,000 people in 40 cities, and asks each of them to educate others on effective climate change action.

“If you acknowledge the consequences of inaction, it’s morally intolerable,” he concludes, thinking back to when he first realized the dire situation of climate change. “The consequences are just too severe. We’re already seeing them, coming much faster than we expected. But as I see more people taking action in their own homes and lives, more people speaking up politically and publicly, I see good reason for hope.”